Ellyn Stern has been lending her voice to anime characters for over 30 years, but that’s not the only thing she’s using it for.

Speaking at Zenkaikon Anime & Sci-fi convention, Stern discussed the gender problems in anime, revealing that it wasn’t long after she joined the industry that she began noticing the stereotypes that were placed on many female characters in the projects she was involved in.

Stern, having voiced hundreds of characters throughout her career from young girls to older mothers, revealed that in the past she has been directed to alter her voice to make younger female characters come across sounding “dumb and innocent.”

“I have a daughter. I knew girls are not dumb,” she said. “We are not dumb by any stretch of the imagination.”

Many female characters simply don’t receive storylines that are as complex and meaningful as the ones given to male characters, according to Stern. Yet there are a few female characters that hold their own compared to their male counterparts. One character in particular that Stern recognized as being a strong and empowered female is the titular character from “The Legend of Korra.”

Turning to the members of the audience, Stern asked for names of characters they believed were in line with what she saw as “empowered role models,” leading to responses such as characters from “Princess Jellyfish,” “Yona of the Dawn,” and films from Studio Ghibli.

Stern went on to speak about the ways that many anime shows objectify women and contain a constant need for reliance on men.

For the future of women in the anime, Stern says she would like to see the genre be true to women and remain an authentic art.

Editor’s note: The headline for this article was changed to clarify Ellyn Stern’s role in Ghost in the Shell 2, not the original. 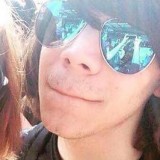 Mike can usually be found in a corner, obsessing over the correct wording for a sentence.
More Posts (1)